The Department of Neurology is dedicated to advancing the the neurological health of our community.

We commit to being one of the top 10 neurology departments in the US; to providing the highest quality and innovative care for neurology patients in South Florida and beyond; to being at the forefront of research of common neurological disorders; and to being among the best training programs for future clinical and academic neurologists. 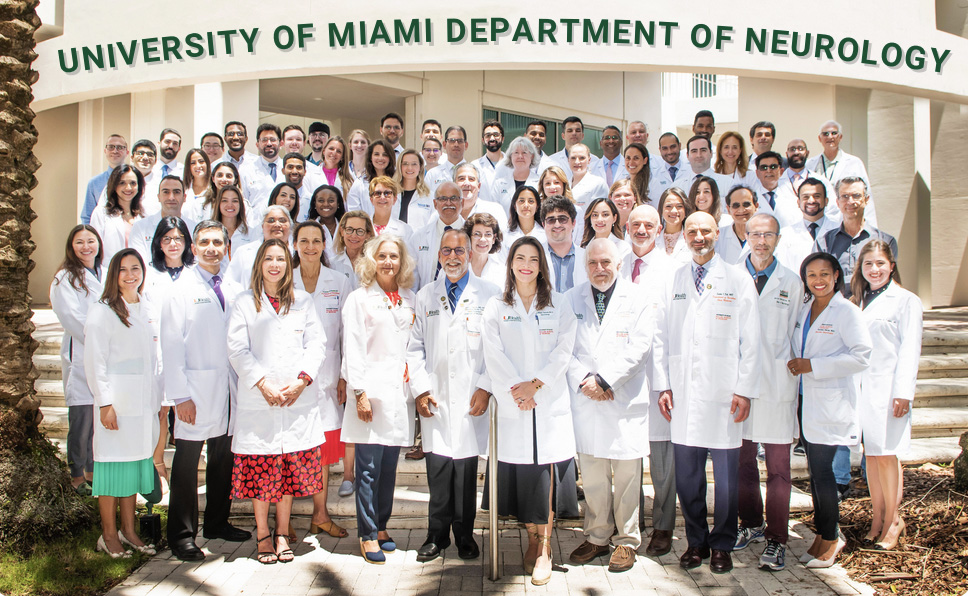 For more than 58 years, the Department of Neurology at the University of Miami Miller School of Medicine has been a renowned leader in treating patients from all over the world, in cutting edge research, and in training and attracting esteemed faculty. The department’s reputation has been built on the dedication of its chairs and faculty.